It all started in 2012, when Jen Martin found some tiny heirloom popcorn kernels at the Chicago health food store where she worked. She popped them up and discovered they had a crazy amount of flavor and crunch for such little kernels. She liked them so much she shared them with her brother Jeff Martin and sister-in-law Teresa Tsou, who quickly became as obsessed with heirloom corn as Jen. Together, they tracked down a farmer who grew the mini popcorn from his family’s heirloom seed stock and launched a new company, Pipcorn®.

With a little money and a lot of passion, they started selling mini popcorn in hand-stamped brown paper bags. Less than a year later, Oprah discovered it and named Pipcorn® one of her “Favorite Things.” Not long after Pipcorn appeared on Shark Tank and made a deal with Barbara Corcoran. 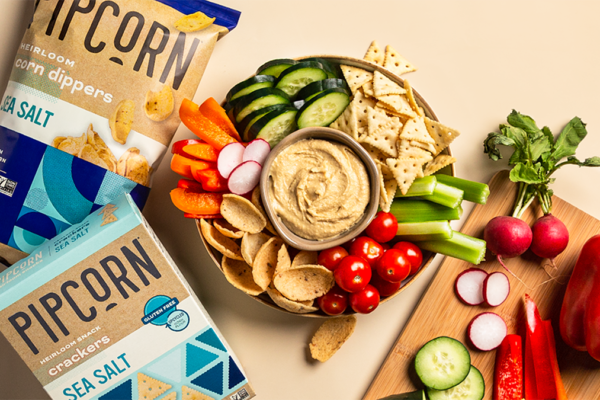